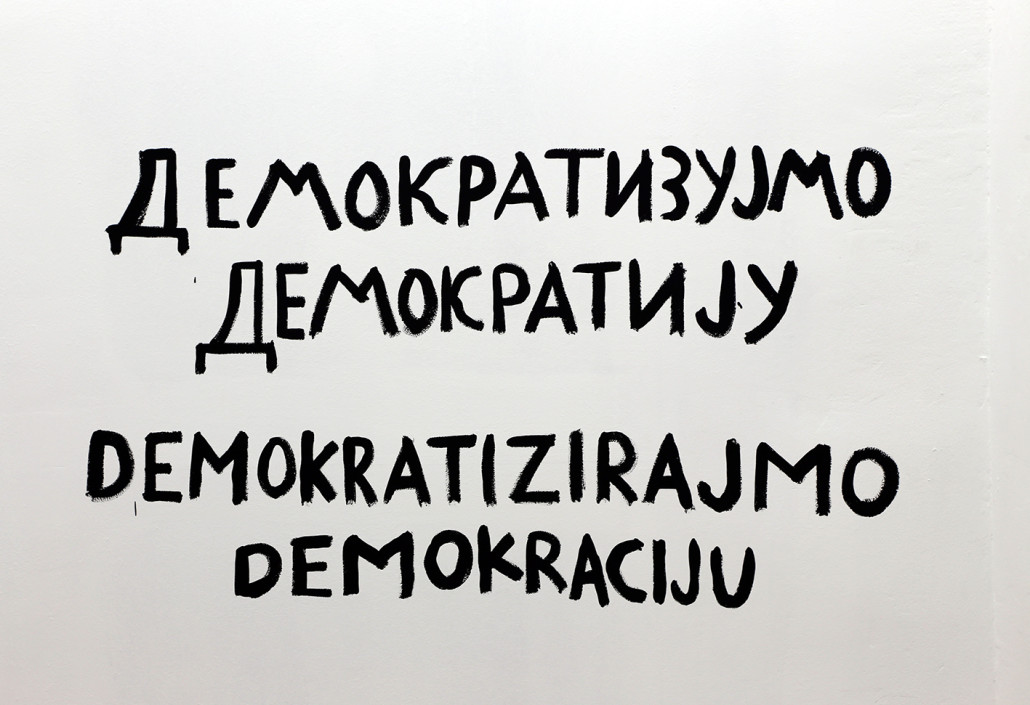 This collaboration involves two distinct but jointly curated exhibitions, a film program to accompany both exhibitions, a conference in partnership with local academic bodies, and a series of talks, panel discussions and educational workshops.

The conference gathers theorists and artists to discuss three thematic clusters of the project regarded as key symptoms that express ‘invisible violence’ within the European context today.

The project explores ‘invisible violence’ as it is discernable within quotidian, domestic, work-related, and everyday life; administrative and bureaucratic violence; visual violence in advertising and media; as well as subtle forms of sectarianism and community animosity arising from recent historical circumstances. These are forms of violence that are arguably globally omnipresent. These comparisons of violence shall be explored by bringing together artists’ work that are problematizing territorial, nationalistic, mythological and identity-related topics in a topical fashion, without being bogged down by dualistic, partitioned or oppositional representations.

The theme of violence as a subject for an exhibition is naturally a sensitive and often provocative one, and sometimes generative of Manichean definitions of ‘us and them.’ Therefore, with this project, it is an aim to resist undue focus on issues of war, genocide and extreme violence, while enabling these to be a tangible, if unseen backdrop to the project. The violence being predominantly explored – that which is depicted or investigated in the invited artists’ work – is forms of violence within language, within representation, as a result of shifting socio-economic conditions, and shifting ideas and policies that may be identified as enacting a ‘cultural’ violence upon geo-political bodies and individuals. This does not mean that these more topical and more pronounced forms of violence (terrorism, war, ethnic cleansing and genocide) are explicitly avoided in this exhibition, but that instead they do not dominate the field of references, which itself aims to cast several beacons on different forms of cultural and contemporary violence simultaneously. Additionally, a variety of obstacles that appeared during the production of this overall project, which ironically may be defined as key examples of invisible violence, will be presented and deciphered alongside the exhibition and its discourses. Originally a three-country project, and now touring between Serbia and Spain without an Irish partner, the processes of this project’s development had unexpectedly and inadvertently uncovered forms of invisible violence.

This project aims to depict the universalising aspects of forms of invisible violence as they are currently prevalent all over Europe; forms of violence that are, for example, seen as a central threat to the production of egalitarian ideals of European citizenship.

With the support of: