mono special issue e-valencia.org is published in the framework of the exhibition “On Difference #1. Local contexts – hybrid spaces”, which took place at Württembergischer Kunstverein Stuttgart from May 21 to July 31 2005. Liberate

JAVIER MARROQUÍ Artecontexto, Nº 19 / 2008 / 3 In Valencia we are always in the midst of a crisis, and I don't mean an economic one; although that, too, although it will never be acknowledged-but a cultural one. For years we have been subjected to a situation in which the institutions have seized control not only of cultural management but also of creation. I begin this way because I regard it as necessary to align ourselves with the Herramientas del arte. Relecturas [Tools of Art: Re-readings] project curated by Alvaro de los Ángeles, with the firm proposition of re-reading and reflecting again upon on the players in the art world and the perennially problematic relations amongst them. This is a customary activity of several producers who (still) work from Valencia. A need seems to be felt to begin to criticise what is going to be done, before anything is done. I regard this more as an inevitable attitude than as an obligatory stance. And it is only to recall that Alvaro de los Ángeles has been faithful to this critical spirit for years. 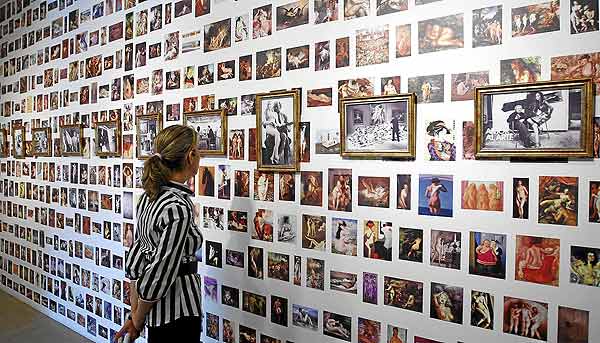 The following conversation is another way of presenting a few of the issues that this project wishes to analyse. It is a virtual dialogue-in-progress between Álvaro de los Ángeles and Daniel G. Andújar, written in the places and moments when it was possible to do so. Many of the ideas that were developed, however, were expressed when G. Andújar was in Valencia carrying out a workshop together with Rogelio López Cuenca. Themes such as the social commitment of contemporary artists, their roles within the socio-cultural and socio-political framework, the real possibilities and tactics of survival and the creation of new ways of understanding their trade in a society undergoing continual change, are side by side with elements which come from the very title of the project: What tools do artists today have at their disposal? Where or against what should the rereadings resulting from their actions be addressed? Álvaro de los Ángeles: The theoretical-practical workshop-encounter that you and Rogelio led from 3rd through 5th March 2008 served to define several of the central themes of the project Herramientas del arte. Relecturas [Tools of Art. Rereadings]. It’s true that not all of the concepts on the programme were able to be developed, in part because the entire process was condensed in three days, but, due to some of the aspects that were discussed there and the debate these created, the general impression after the workshop was that many questions were raised and new ways of facing the artistic experience emerged. From the very beginning, this project was planned to raise questions, to examine supposedly unquestionable facets of culture and its institutions, for all of the agents involved to consider which channels the artistic practices of today can be directed and to stir up a debate about the artist’s place in society. Also, if anything characterises art today, it is the hybridisation of techniques, media, the ways of exhibiting it and its relationship with other social subjects, such as politics, sociology, history, philosophy, psychoanalysis, architecture, or city planning… To which we could add other subjects, those not qualified as “scientific” but theorisable nonetheless, such as the question of memory, the archive as a model of contemporary society, the new interconnected social networks, the associationism and activism oriented towards art, or projected and created from it. Can the concept of art’s functionality, its usefulness within society (as it has been conceived since at least the 1930s and then its evolution in later decades) have a correlate in the contemporary art of today? Is a rereading of its functions and usefulness possible from the basis of the elements created by contemporary tools, especially those which have derived or emerged from technology? Is this the only way of re-reading its practice? And, as a consequence, in a society governed by macro-economics, where everything is valued in real time or even in advance, can art still have a real social function, in the feasible, palpable sense? Daniel G. Andújar: The practice of art, as I understand it, must also become a show of “resistance,” a model that obstinately wants to remain in a space of relationships which are more and more hierarchical, diffused, globalised, standardised… Those who direct the framework of cultural industries and the management of cultural institutions abandoned, decades ago, the processes of creating new contents and cultural production as a collective construction. Most of the professionals who run this framework are simply developing a personal power structure, climbing up the ladder to the most visible and media-friendly part of the public and private art institutions. They flaunt their power and reign over the reality of their little empire. The Art Institution has been absorbed as just another mechanism in the process of service production. It is an active part of the touristisation process in the urban context and participates in the complex re-adaptation of the new city’s infrastructures. Artists have been pushed out of the court to make way for a new elite of cultural managers who work in ivory towers, conceived more like mausoleums, on biennial events.