The project - lines of work Despite being presented as a unitary project, La comunitat inconfessable has three different lines of action:

1. An exhibition presenting the ideas generated by each of the participants (Sitesize/Joan Vila-Puig and Elvira Pujol, Technolo­gies To The People/Daniel G. Andújar and Archivo F.X./Pedro G. Romero) using the metaphor of a library as a reference point or visual interface. Thus, each intervention constitutes a “deconstructed” approach -i.e., distorted, unconstructed, destroyed or under construction- to this space of knowledge, learning and theatricality that is Borges’ interminable library, which functions here as a sort of meeting point of the “community of readers” urged by Blanchot.

2. A book constituting a kind of polyphony of essays using texts by Maurice Blanchot, Giorgio Agamben, Jean Luc Nancy, Philippe Lacoue-Labarthe, Lars Iyer, Peter Pál Pelbart and Marina Garcés that were published in different contexts, periods and media, but which, never the less, pose shared questions such as: What is the common? In which political or mental space is the notion of community developed? With which elements is it confronted? On which does it feed?

Interrupting this speculative drift around the question about the communal, there appear three insertions by each of the participants in the project – Sitesize, Technologies To The People and Archivo F.X. These insertion points include a written presentation of their respective artistic ideas, a visual work specifically conceived for the book, linked to the themes presented in museographic format, and a conversation between each artist and various philosophers, anthropologists, historians, geographers and curators (Gerard Horta, Francesc Muñoz, Eduard Masjuan, Iris Dressler, Jacob Lillemose, the Todoazen collective, Juan José Lahuerta and Manuel Delgado) with whom they share the same ideological and conceptual concerns.

3. La comunitat inconfessable project is completed by a website that will document it visually and textually, and operate as a vast archival collection around the notion of the communal from the perspective of philosophy, anthropology, the social sciences and art, among other disciplines.

The Postcapital Archive(1989-2001), www.postcapital.org, was presented for the first time in 2006 at the La Virreina Centre de la Imatge in Barcelona as part of the Postcapital. Politics, the city, money project, together with the work of artist Carlos Garaicoa and essayist Iván de la Nuez. Since then this multimedia proposal in process—that not only allows user consultations but also copying and even modification—has gone on expanding in successive exhibitions, workshops and interventions in public space carried out in Oslo, Santiago de Chile, Bremen, Montreal, Istanbul, Dortmund and, more recently, at the Württembergischer Kunstvereinin Stuttgart as an anthology. In its current configuration, the archive contains more than 250,000 documents compiled from the Internet by Daniel G. Andújar over nearly a decade of creative work. These materials, among which publications, video and audio clips and image banks are to be found, sketch out a vast examination of the geopolitical transformations and the state of the communist and capitalist ideologies in the period spanning from the fall of the Berlin Wall to the attack on the Twin Towers in New York.
Continue Reading
admin
Català
2009, AAVC, Canòdrom, Lecture, Simposio

1969–1979. An Approach to the Confluences between Art, Architecture, and Design in Catalonia Subversive Practices Art under Conditions of Political Repression 60s–80s / South America / Europe Württembergischer Kunstverein Stuttgart May 30 – August 2, 2009 Curators: Valentín Roma, Daniel García Andújar Ricardo Bofill/Taller de Arquitectura, Eugeni Bonet (Archive), COAC Archiv, Enric Franch (Archive), Antoni Muntadas, Pere Portabella, Grup de Treball, Sala Vinçon (Archive) This project sets out to reconstruct the aesthetic and political dimension acquired by conceptual practices in Catalonia during the nineteen-seventies. With this in view, the analysis has been oriented toward a set of proposals developed in a variety of areas—art, architecture, design, film, and education—which nevertheless all shared the same circuits of visibility, closely related language and attitudes, and certain ideological positions that were characterized by their spirit of protest and antagonism. The core of the project consists of five pieces by the Grup de Treball that in some sense point to the disciplines mentioned above. In order to contextualize these, a heterogeneous archive has been put together, drawn from the documentary holdings of (amongst others) the COAC (Association of Architects of Catalonia), the Sala Vinçon gallery, the FAD decorative arts association, and the Elisava and Eina design schools, along with a number of art projects—the film Esquizo (Schizo) by the Taller de Arquitectura and Reflexões sobre a morte (Reflections on Death) by Antoni Muntadas, among others—and also a selection of visual and bibliographical documents from those years. (Valentín Roma, Daniel García Andújar)
Continue Reading
admin
English
2009, Exhibition, Gordana Nikolić, iSam, Kristian Lukić, Novi Sad, Street Access Machine, Technologies To The People, Vladan Joler, Wealth of Nations

Wealth of Nations is a part of the Cinema City festival and consists of an exhibition and a conference. The term ‘Wealth of Nations’ is the title of the seminal book by the Scottish economist Adam Smith, in which he establishes and defends the basics of Liberal Economic Policy. Liberal Economics experienced its peak in the 1990s after the concept of Real Socialism had failed and the global free market had been established. This economy, however, has entered a period of deep crisis in the past few months and it might, for a shorter or longer period, affect the stability of societies all over the planet. The topic of ‘Wealth of Nations’ this year will delve into the influences that the Economic and Financial sectors have on society and consequently, on cultural production.

The aim of both the exhibition and the conference ‘Wealth of Nations’ is to bring together Art, Theory, Social Sciences and Economics, Cultural Studies and Finance in order to discuss the phenomenon of money within different social and historical contexts and meanings. According to its definition money is : a) a measure of value b) a medium of exchange and c) a medium of capital accumulation. The fact is that money is never solely money as a measure of economic value. It is a measure of value that participates in the constitution, and the control and regulation of both the material and nonmaterial (irrational or imaginary) social body/subject and its relations. From such a position, money can be viewed as the basis of social power, as the main element or measure of value, or as a symbolic or numerical abstraction.
Continue Reading
admin
Chinese
2009, art center, Beijing, Exhibition, Postcapital 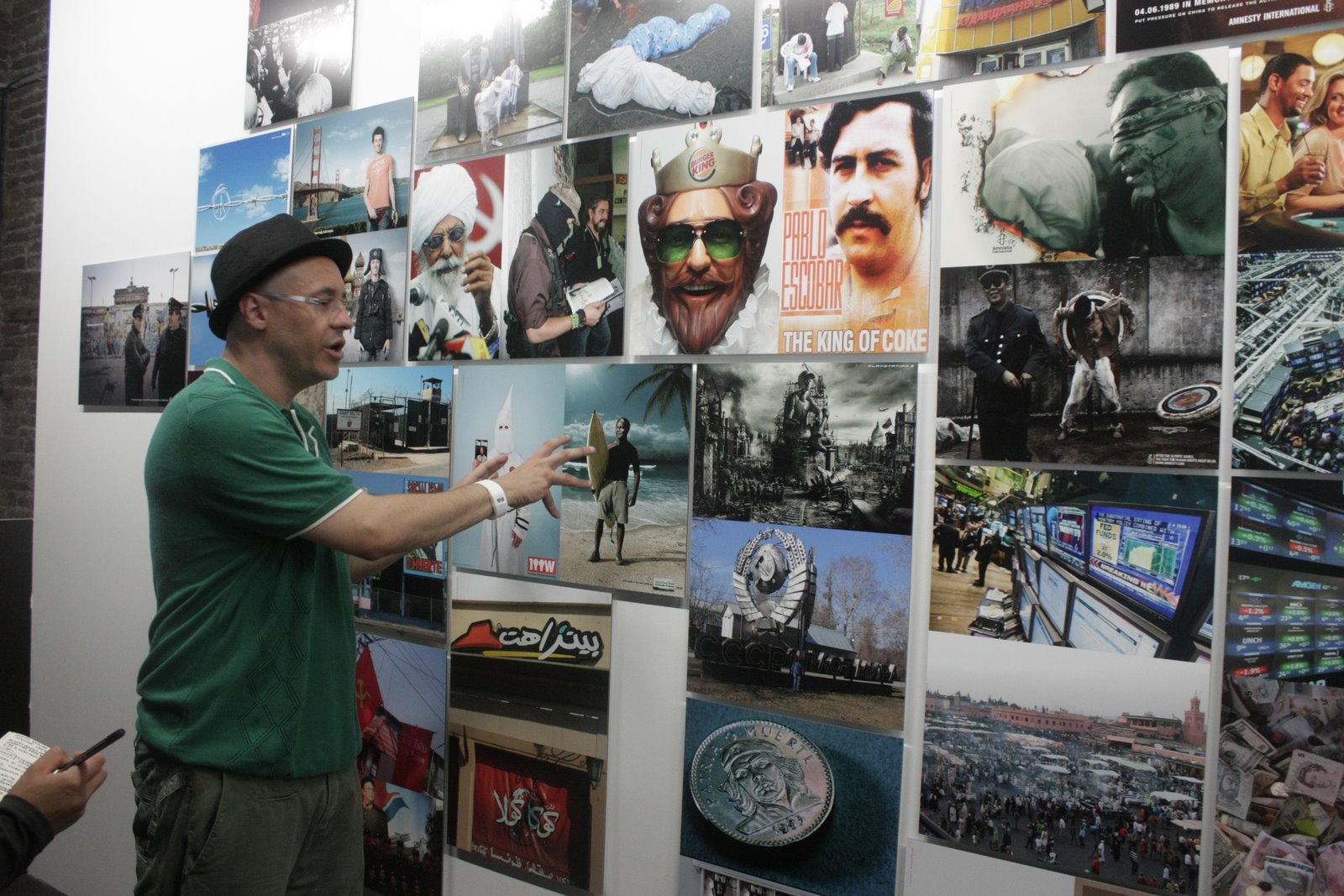 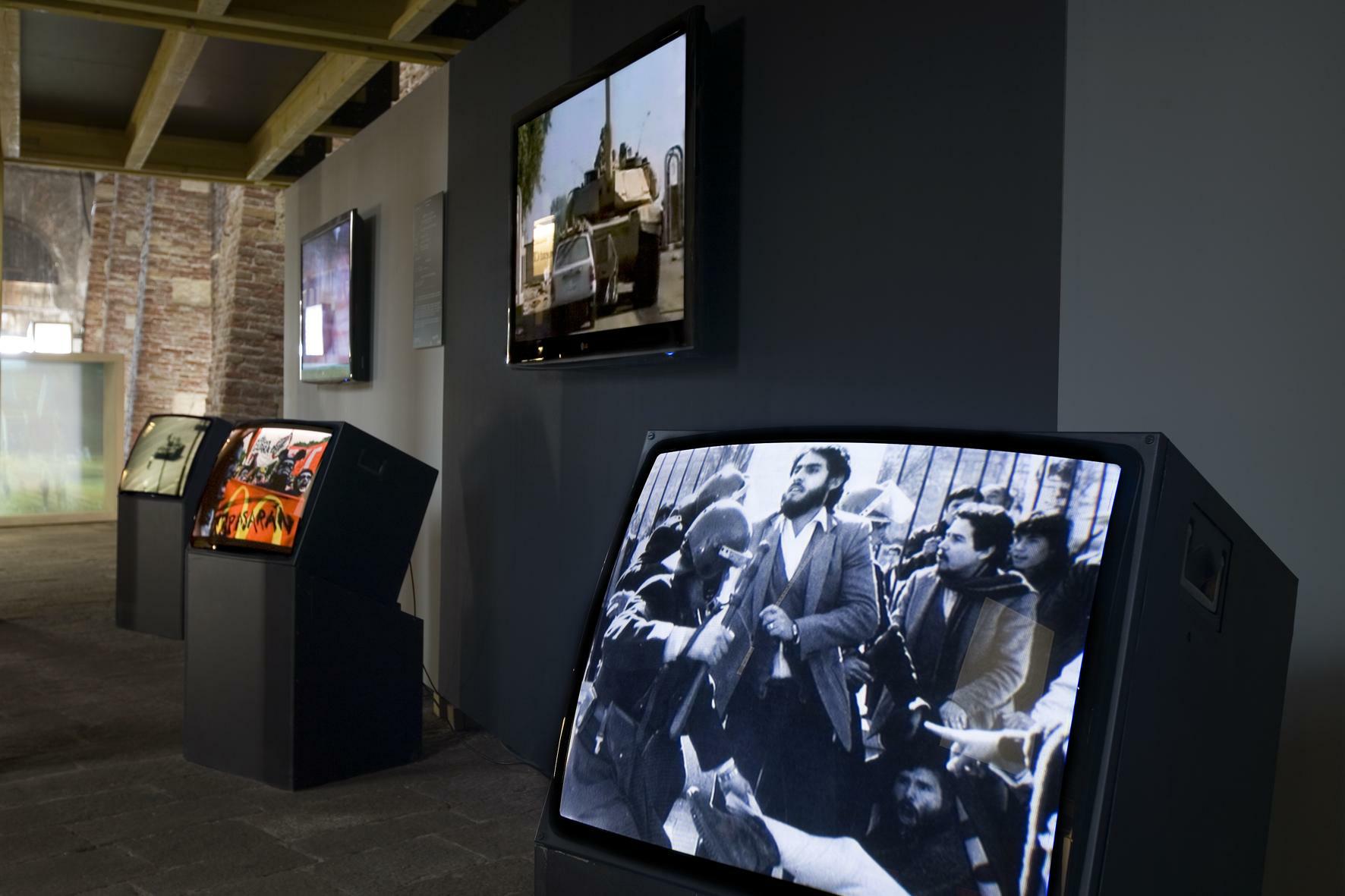